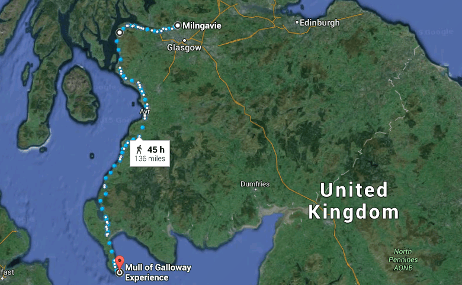 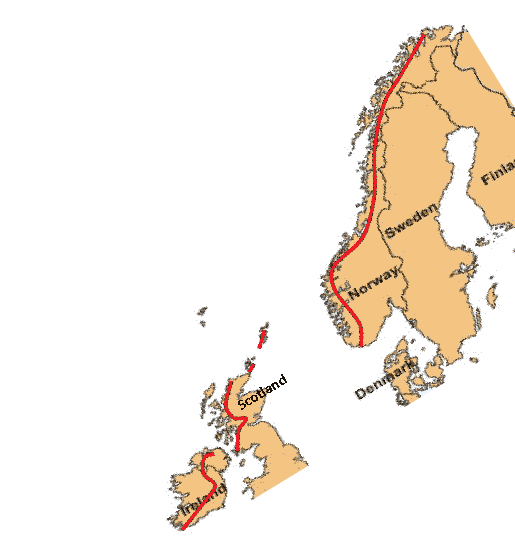 The International Appalachian Trail (IAT) runs from Kerry in the extreme southwest of Ireland, through Ireland, Scotland and Norway to Nord Cap, the extreme north point of Norway.

Even this Trail can be considered as an extension to the original Appalachian Train and its International extension into Canada.

FoCRT leads to Milngavie, the start of the West Highland Way which takes the walker to Fort William where there is a connexion to the Great Glen Way and the Cape Wrath Trail. The whole is the International Appalachian Trail Scotland or IAT Scotland. 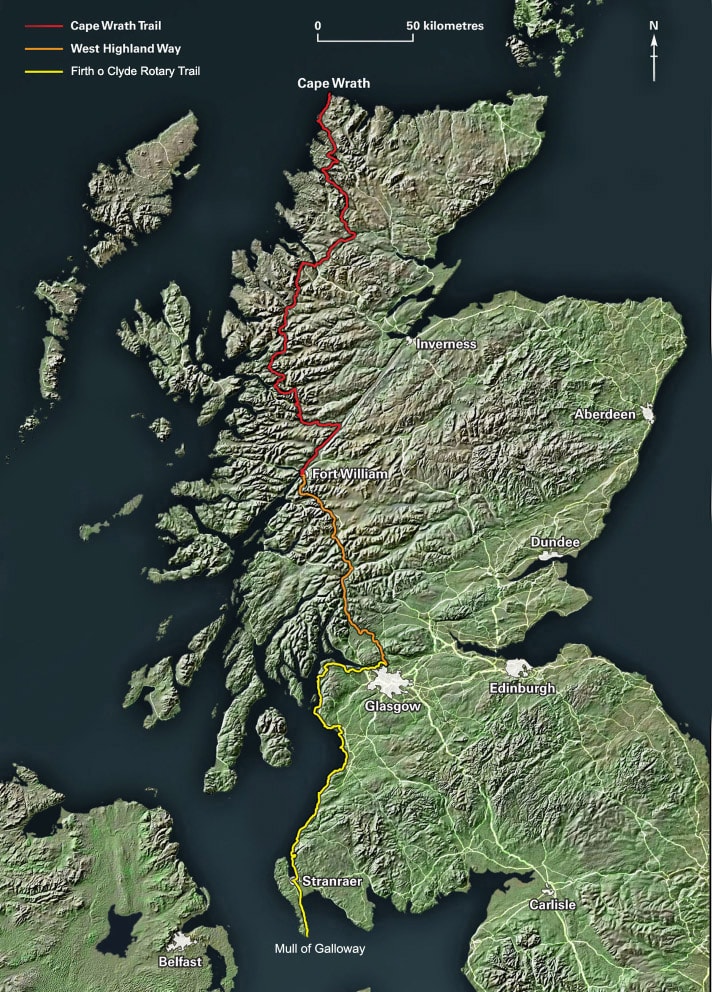 The Firth o Clyde Rotary Trail (FoCRT) runs from the Mull of Galloway to Mingavie via Greenock and the Erskine Bridge. The route comprises the Mull of Galloway Trail, The Ayrshire Coastal Path and the Clyde Coastal Path. Waymarking and guide books are available for some of the component paths. The Route was created and is maintained by the Rotary Clubs of Stranraer, Ayr, Gourock and Allander.

Opened in 2012, the Mull of Galloway Trail runs from the Mull to Stranraer (40 kim) and continues north as the Loch Ryan Coastal Path for a total distance of 56 km to Glenapp in South Ayrshire where it links with the Ayrshire Coastal Path.

The Ayrshire Coastal Path – from top to bottom over the sea, the total length of the County of Ayrshire is 88 km, while its curved coastline measures 134 km. There is an almost uninterrupted beach walk from Largs to Girvan – almost three-quarters of the entire route. However, from Glen App to Girvan, Dunure to Ayr and north of Largs, the going can be rough over hill tracks and rocky shores. The Ayrshire Coastal Path is essentially a practical ‘route’ rather than a laid-out formal path.

In contrast, the Clyde Coastal Path (CCP) is a more formal path over pavement and rough muirland. The CCP runs from the Kelly Burn (between Wemyss Bay and Skelmorlie) round the coast or over the muir to Greenock, then across the Erskine Bridge to Milngavie. The CCP can be considered to be in three sections:

The first section, Kelly Burn to Greenock, can be achieved either by the coastal route of 20.6 km or by the muir at 17.8 km.

Most walkers will choose one of the routes from section 1 and continue on section 2, from Greenock to the the Erskine Bridge, a further 23.7 km.

Our thanks and links to the following: